After updating to MIUI 11, not all themes can be applied, including the IOS theme. Previously in MIUI 10, there were lots of cool IOS themes for Xiaomi smartphones that could be used. After some time of waiting finally now you can find some cool IOS Xiaomi MIUI 11 themes from the Xiaomi theme store which are already similar to iPhone / IOS. The iPhone is indeed a cell phone that has an expensive price, so it’s not surprising that many people want to buy and own an iPhone. But indeed this iPhone has an expensive price and the price can be up to tens of millions for the latest iPhone output so not many people have iPhones, only the upper middle class.

Now, for those of you who have a Xiaomi phone, you can customize the appearance of your phone to be like an iPhone with easy tips, one of which is to use the default theme from the Xiaomi theme app. For MIUI 11, there are already many available IOS themes for Xiaomi and the results are not inferior to the original. Usually, these themes will change the wallpaper display from our phone to a typical iPhone, display from the contact menu, message menu, settings menu, lockscreen and so on. Then what are the names of the themes that you can use so that your Xiaomi phone looks like an iPhone? Here I show some names of iPhone themes for Xiaomi MIUI 11 directly from the Xiaomi theme store

If you want to try recommended ios themes for the latest Xiaomi MIUI 11 then you can see the guide as follows. 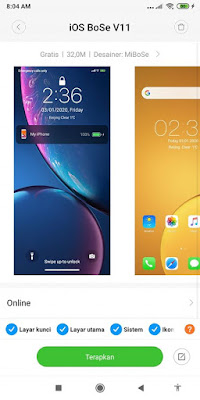 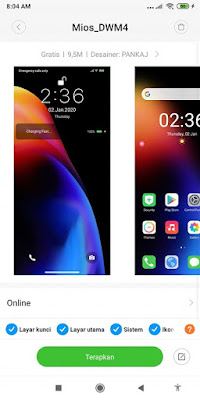 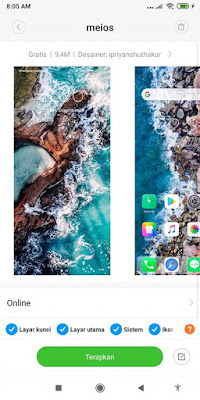 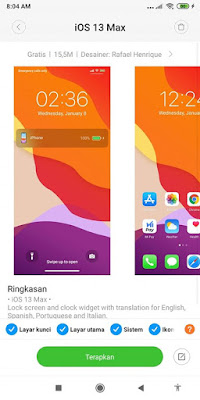 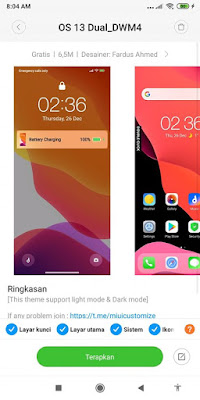 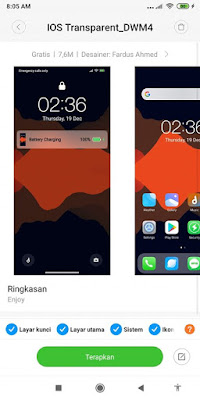 So that’s some cool IOS themes for Xiaomi MIUI 11 recommendations from the admin.

For those of you who want to change the look of your Xiaomi to be like an iPhone, please use one of the themes above, then comment below which theme is cooler.

Also listen permanent ios theme for latest Xiaomi MIUI 11 in the next article from DroidBeep. But if you have another easier way, you can write it in the comments column below.